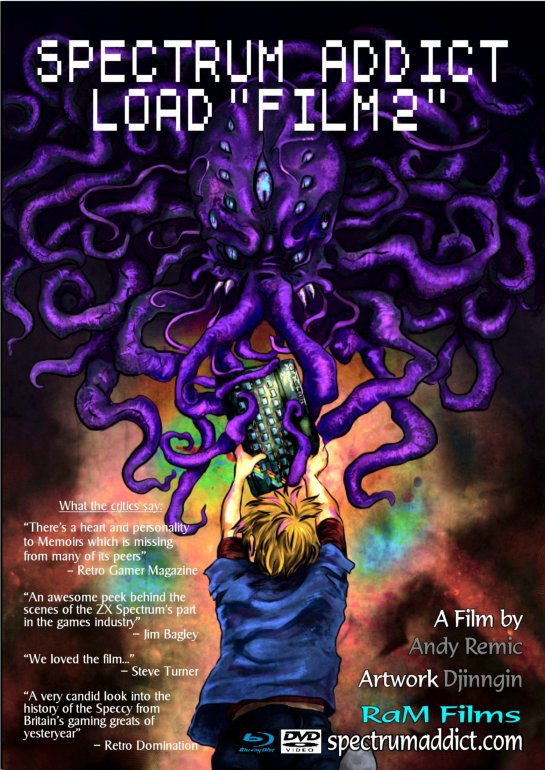 I received an amazing message from Mr Steve Turner, author of Avalon, Dragontorc, Ranarama, Quazatron, Magnetron, Intensity and a host of 16-bit titles. Steve Turner was an integral cog of GRAFTGOLD. It was such an honour and privilege not just to interview him, but for him to come to the premiere of Memoirs of a Spectrum Addict in Cambridge on 01.07.17 – and then give me advice on tweaking the film! So, here’s raising a glass to you Mr Turner! 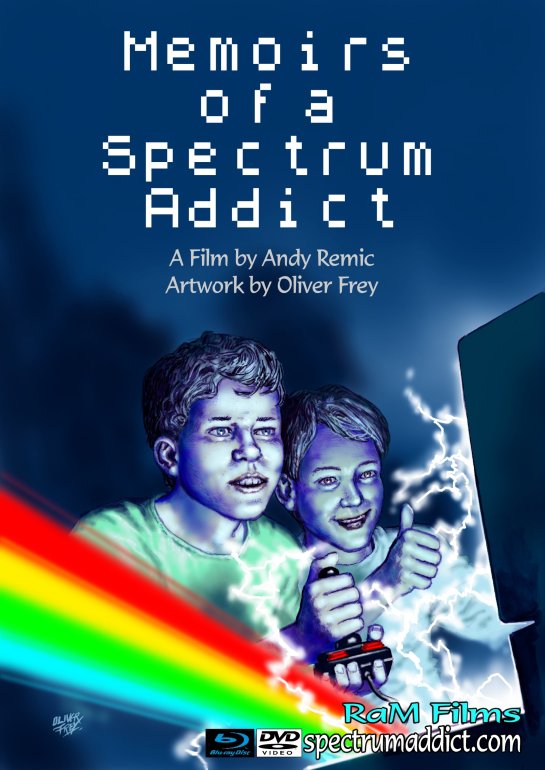 (Secret fact: when I went to interview Steve, I absolutely just could not do it. I was star-struck. I was a moron. My friend, Marie Isaac, did the interviewing, whilst I hid behind the camera like a little 13 year old boy pretending to be busy).
Today, Steve said: “Thank you Andy, Julie and I really enjoyed the premiere. We loved the film, it was both interesting and very nostalgic, I am sure Spectrum fans will also love it. I thought you had really captured the spirit and dedication in the interviews.”

Wow. I could not possibly receive a higher praise than that!?? Do you know how many hours I spent playing Avalon? Dragontorc? Astroclone? And then – QUAZATRON? That was my personal favourite. I haemorrhaged MONTHS on that Spectrum classic. I still think it’s awesome. Thank you Mr Turner – for your games, your time, your interview, your feedback.

You can see his interview (and those of other Spectrum stars) at: http://www.remicmedia.com/speccyaddict 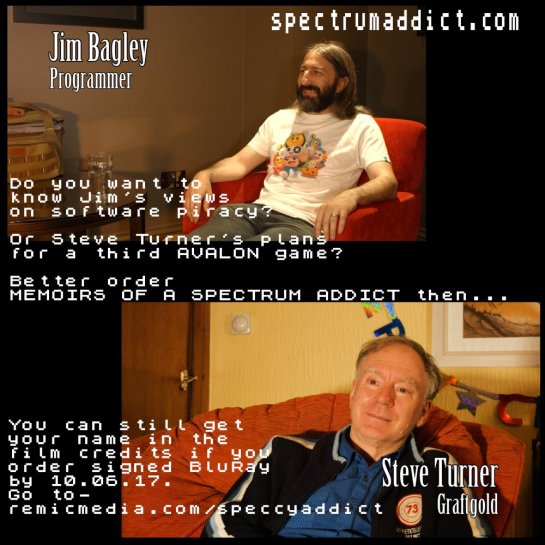 You can order the film from http://www.remicmedia.com/speccyaddict/

Great interview this weekend with legendary ZX Spectrum developer Steve Turner of Graftgold! Great hospitality, enlightening interview, programming genius, extended interviews on the creation of AVALON and QUAZATRON, plus an amazing acoustic rendition of the Avalon theme music! Thank you Mr Turner!! This fan boy is in awe. 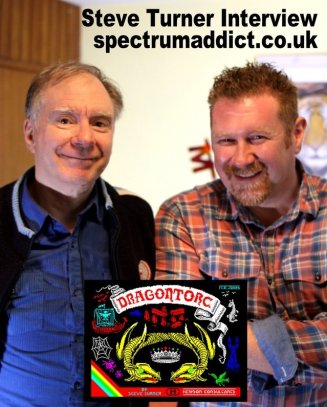 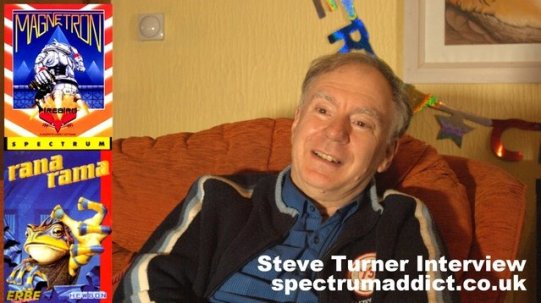 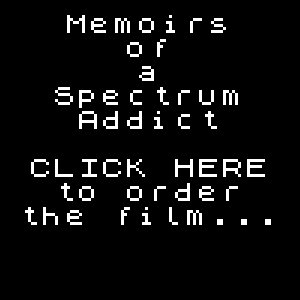 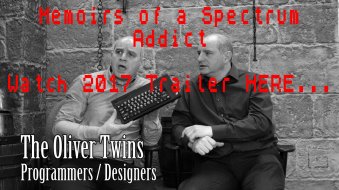